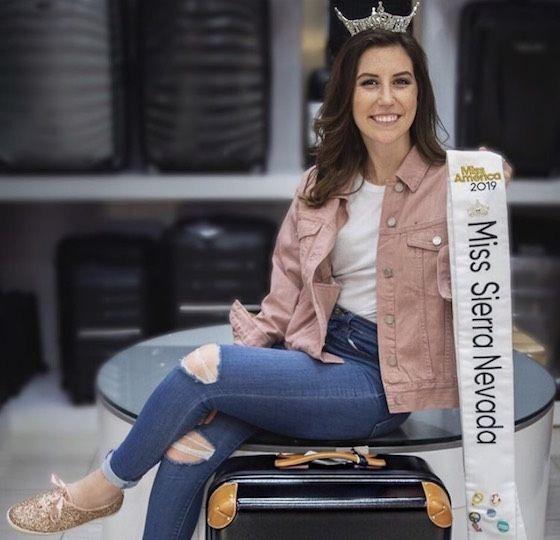 We were so thrilled that Miss America’s - Miss Sierra Nevada, Shalei Heflin came by for a visit. She came in to get her Sash cleaned and tour the office for a bit.

During her wait, we truly got to know the amazing woman behind the Sash. Shalei’s platform with Miss America is Strength in Separation: Furthering relationships between incarcerated parents and their children. This platform has been so near to her heart because of her own personal journey with her parent’s incarceration.

At just 3 weeks old, her parents were picked up by the feds. Since then, Shalei’s parents have been incarcerated for most of her childhood. With her biological father just being released this past February. Fortunately, her maternal grandparents took guardianship of her. By the age of 16 years old, she was then legally adopted by her grandparents. She expressed how it was a blessing to have her grandparents assume the responsibility of raising her.

Shalei is really leaving her mark as she stands strong as part of the criminal justice reform.

Learn About our Pageant Partner Program