Delta Tau Delta, also known as Delt or DTD was founded in 1858 at Bethany College in what is now called Northern West Virginia. The Delta Tau Delta organization has been built on truth, courage, faith and power by eight brave men who wanted fairness of the student population as well as bringing the student body together through respect and common values.

Buy SOLO or buy in BULK to save! 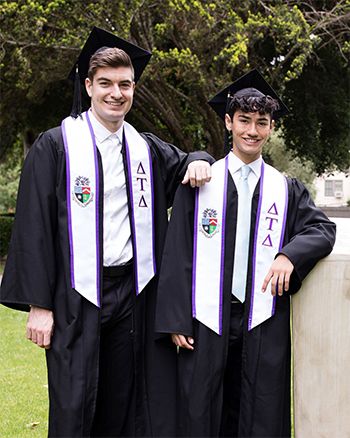 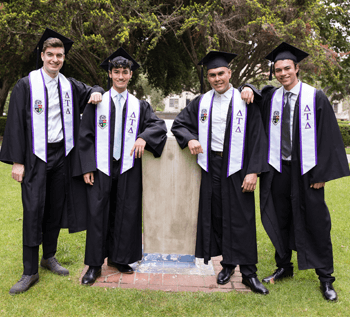 We take COVID precautions seriously at The Sash Company. We screen our employees before they enter work and have closed our offices to the public to help protect our team and community. As we sew and pack all our sashes and stoles for you, we make sure our staff is masked up and constantly disinfecting whether it’s with spray, hand-washing, or hand-sanitizing.

Here, it’s a priority to keep surfaces, hands, supplies, and everything else under our roof clean so that we can provide the safest products to you. With everyone on board to exceed sanitary goals, we hope to be contributing to the world’s recovery from this pandemic!